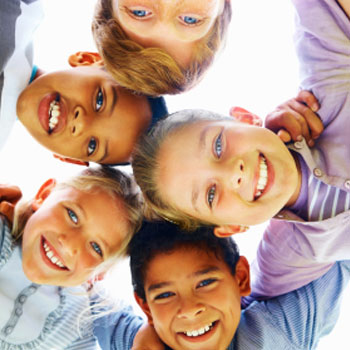 When it comes to our children's happiness, less is more.

That's the surprising perspective of one Chicago psychologist concerned about the rising rates of youth depression and anxiety.

"Millions of well-intentioned parents have made life harder for their children by shielding the kids from every kind of unhappiness," according to Aaron Cooper, Ph.D., co-author of a new book on the dangers when parents make happiness the most important thing. "These parents try to soften every edge in their children's lives, and it's crippling the kids emotionally."

"Without plenty of practice coping with ordinary sadness, upset, disappointment, and hurt, kids don't develop resilience," Cooper explained. "And without resilience, they're vulnerable to all kinds of problems."

Cooper calls it the misguided happiness creed, the "I just want my kids to be happy" mentality, which he believes contributes to anxiety and depression for many youngsters.

Based on recent estimates, depression affects over one million children and 3.5 million adolescents at any one time in this country. Research also reveals that the onset of depression is occurring earlier than in years past.

"Kids know how much their parents want them to be happy," Cooper said, "and so when they're sad or upset for whatever reason, they feel guilty thinking they're letting their parents down. Many hide their distress at home, which compounds the problem and they end up feeling worse."

Cooper cites a 2006 study commissioned by Family Circle magazine in which 27 percent of surveyed kids reported being "unhappy or just okay." On a national level, that represents ten million children.

During thirty years of counseling families, Cooper frequently heard parents say that their children's happiness was their fondest wish. Wondering whether the youngsters were actually absorbing that message, he and educator Eric Keitel, M.Ed., asked a group of 100 middle school students what they thought was most important to their parents, that they be happy, smart, successful, or good. Seventy-five percent of the kids selected "happy."

Cooper and Keitel went on to write "I Just Want My Kids To Be Happy! Why you shouldn't say it, why you shouldn't think it, what you should embrace instead." The book describes 10 ways the happiness creed hurts kids and parents alike.

What should parents emphasize if not happiness? To answer that question, the authors reviewed decades of happiness research and found eight ingredients in people's lives that reliably predict who is happy and who is not, including a sense of gratitude, closeness to others, and an optimistic outlook.

"There's so much parents can do to plant the seeds of the eight ingredients when kids are young," Cooper says, "while they sit around the dinner table together or chauffeur the kids back and forth on weekends. Our book is really a roadmap of practical suggestions, things parents can say and do to aim their children toward authentically happy lives."

But giving up their allegiance to the happiness creed, he argues, is the first step that parents need to take.

The pressure on kids to be happy is everywhere, according to Keitel, the director of family education at an independent school in Chicago. "It's an unrealistic expectation and burden we lay on our sons and daughters," he said.

"Parents also pay a price, running themselves ragged or going into debt trying to keep their kids happy," Keitel added, "and then they blame themselves when the kids still don't seem happy enough."

A member of the psychiatry department at Kaiser Permanente in San Francisco for 18 years, Cooper worries that the sharp rise in the use of antidepressant medication among young people often reinforces the message that "you ought to be happier than you are."


"Depression isn't about not being happy enough," he says, "it's about not being fully functional in our day-to-day lives, including energy, sleep, concentration, and appetite. Our kids can be functioning adequately without having a constant smile on their faces, but many parents are looking for that smile."

Aaron Cooper, Ph.D, is a Harvard-educated psychologist with more than thirty years experience working with children and families. Visit his website: http://mykidshappiness.com