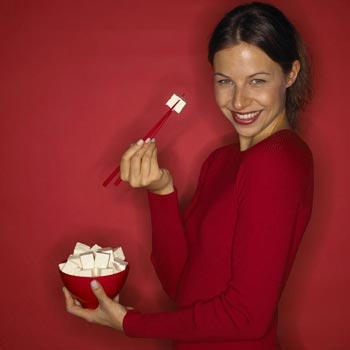 "Come on. Just one bite won't hurt you."

It's a scene that plays out at dinnertime in thousands of households across the country. But if you're picturing a frustrated mother and her rebellious five-year-old, think again. The truth is that many adults turn up their noses at certain foods, and no amount of coaxing can get them to have even a taste. Surveys prove that the same foods repeatedly turn up on the most-hated list of a lot of adults, but those same foods have something else in common: they're extremely healthful.

If you're one of those grownups who behaves like a child in the face of broccoli, you have a dilemma. You know it's packed with nutrition and that you ought to be mature enough to eat it, but one look at that bowl of green, mushy stuff makes you say "No!" yet again. The answer may lie in the preparation. In fact, when faced with a previously-hated food in a whole new way, many people are more likely to give it a second try. Find your most-hated foods on this list, and use these tips to learn how you can incorporate them into your diet in a way that will please both your palate and your health.